Who Was Radclyffe Hall? 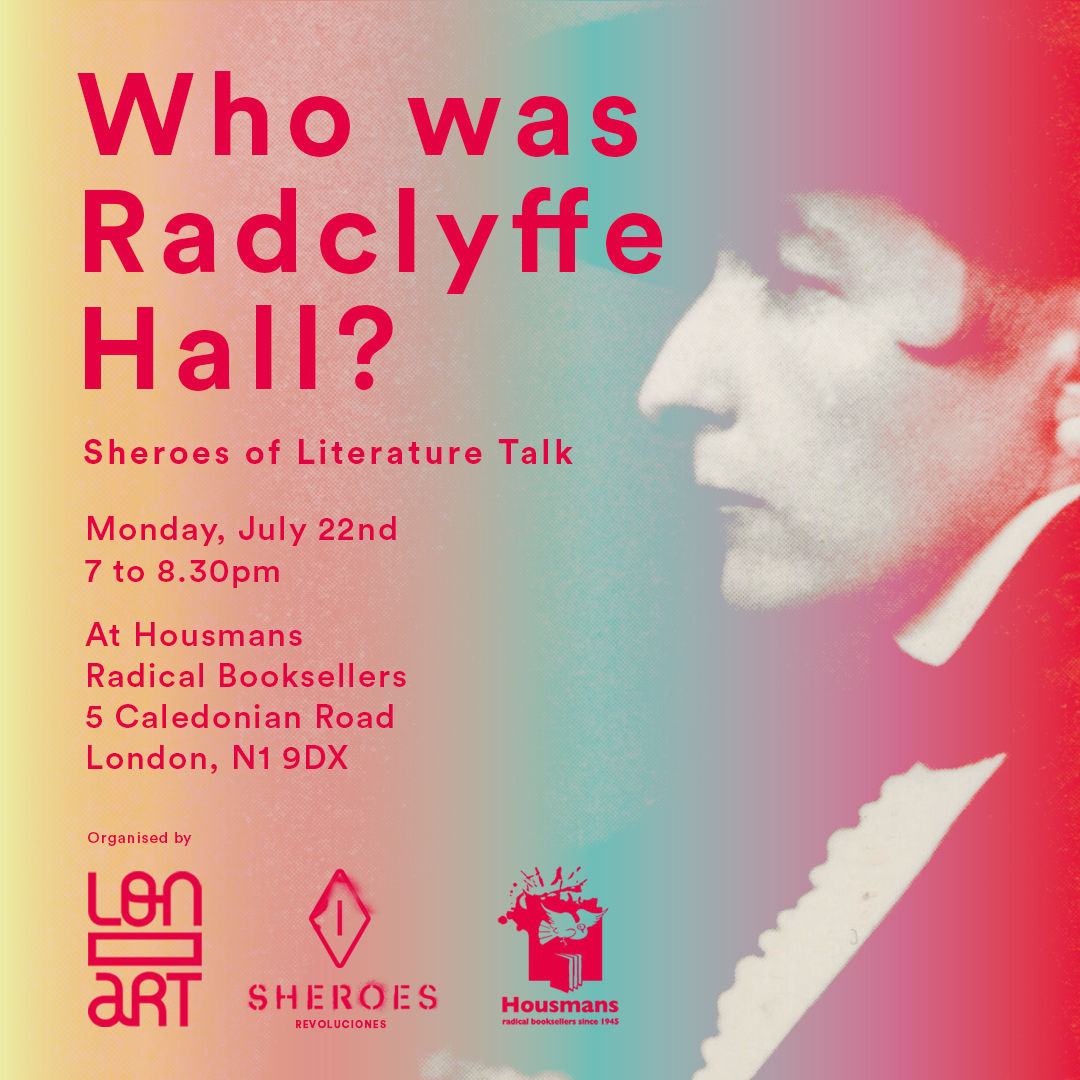 To celebrate Pride month, Housmans and Lon-art.org are pleased to present a very special event on LGBTQ+ icon and author Radclyffe Hall.

Hall expert Jana Funke will discuss Hall’s life and place in LGBTQ+ history, focusing initially on Hall’s visionary LGBTQ novel The Well of Loneliness and its reception both at the time of publication (e.g. the censorship trial and obscenity charges) and its legacies throughout the 20th and 21st century.

Jana will show why the novel needs to be seen as part of both lesbian, trans and bisexual history and explain why it’s such a divisive and controversial piece of work, in part due to its use of sexological ideas and racist and classist elements.

The talk will also explore Hall’s work beyond The Well of Loneliness to give people a sense of her ambitions and interests as a writer beyond this single novel.

Jana will be drawing on her fascinating archival research on the Radclyffe Hall and Una Troubridge Papers at the Harry Ransom Centre in Austin throughout, which led to the publication of her book The World And Other Unpublished Works by Radclyffe Hall (Manchester University Press, 2017).

Dr Jana Funke is a Senior Lecturer at the University of Exeter. She has published widely on early twentieth-century literature and science, the history of sexuality, and queer feminist studies. Books include The World and Other Unpublished Works by Radclyffe Hall (2016), Sex, Gender and Time in Fiction and Culture (2011, co-edited with Ben Davies) and Sculpture, Sexuality and History: Encounters in Literature, Culture and the Arts (2018, co-edited with Jen Grove). Jana is committed to engaging wider audiences with her research on gender and sexuality. Past projects includes the Wellcome Collection’s Sexology Season, the Transvengers and Transformations projects (with Gendered Intelligence) and Orlando: The Queer Element (with Clay & Diamonds).

This event is a collaboration between Housmans and Lon-art.org

Lon-art is an organisation that opens a window into herstories, art, culture and languages through, exhibitions, talks, education workshops and community events. You can follow them on social media here: