‘So We Live: The Novels of Alexander Baron’ with Susie Thomas, Nadia Valman, and Ken Worpole 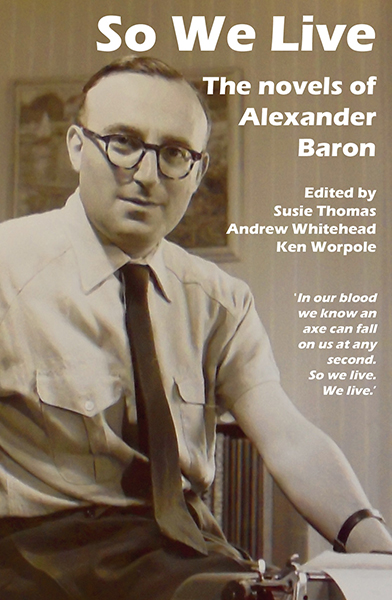 The novelist Alexander Baron (1917-1999) was born into a working class Jewish home in Hackney, joined the Communist Party as a young man, saw the thick of battle in Sicily and Normandy, and became one of the most admired writers of post-war Britain. His first novel, From the City, From the Plough (1948), was acclaimed as the definitive novel of the Second World War, the first of a trilogy including There’s No Home (1950) and The Human Kind (1953).

This was followed by a string of novels about working class life in post-war London, including The Lowlife (1963) a cult novel for many other writers ever since. In recent years his reputation has flourished with many of his fifteen novels back in print. ‘So We Live: The Novels of Alexander Baron’, published by Five Leaves in 2019, is the first detailed study of the man and his work.

Our guests, literary critic Susie Thomas, historian Nadia Valman, and social historian Ken Worpole, will each take a distinctive approach to the work of Baron and consider why his reputation and his work are currently enjoying such a serious revival.