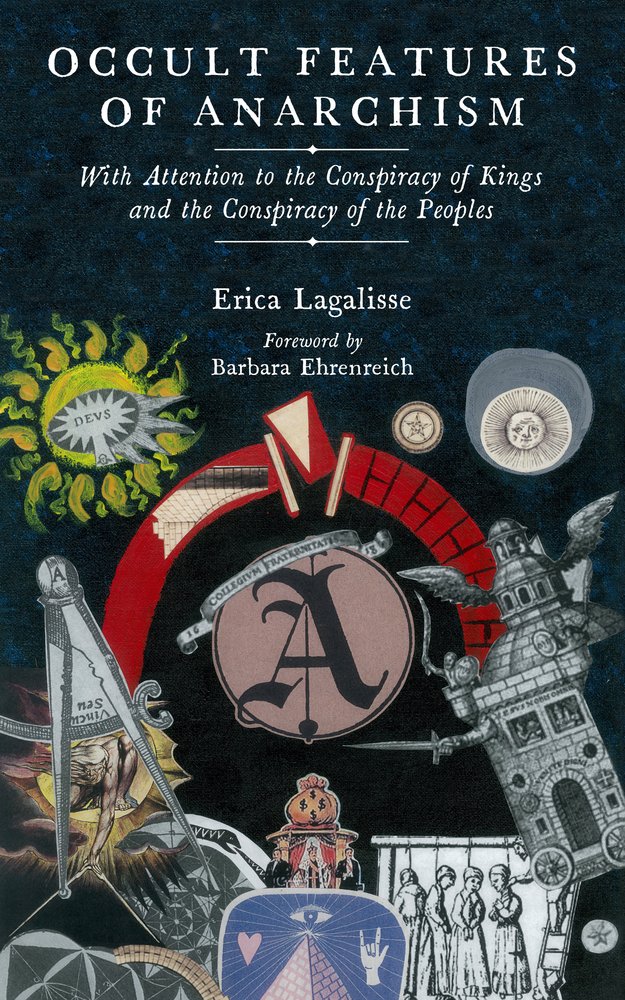 In the nineteenth century anarchists were accused of conspiracy by governments afraid of revolution, but in the current century various “conspiracy theories” suggest that anarchists are controlled by government itself. The Illuminati were a network of intellectuals who argued for self-government and against private property, yet the public is now often told that they were (and are) the very group that controls governments and defends private property around the world. Intervening in such misinformation, Lagalisse works with primary and secondary sources in multiple languages to set straight the history of the Left and illustrate the actual relationship between revolutionism, pantheistic occult philosophy, and the clandestine fraternity.

Studying anarchism as a historical object, Occult Features of Anarchism (PM Press, 2019) also shows how the development of leftist theory and practice within clandestine masculine public spheres continues to inform contemporary anarchist understandings of the “political,” in which men’s oppression by the state becomes the prototype for power in general. Readers behold how gender and religion become privatized in radical counterculture, a historical process intimately linked to the privatization of gender and religion by the modern nation-state.

“This is surely the most creative and exciting, and possibly the most important, work to come out on either anarchism or occultism in many a year. It should give rise to a whole new field of intellectual study.”
—David Graeber, professor of anthropology at the London School of Economics and Political Science, author of Debt: The First 5,000 Years

“Erica Lagalisse’s Occult Features of Anarchism is a wonderful and learned provocation. Taking the concept of modern politics as a form of theology and magical ritual, she traces some aspects of the origins of socialist and anarchist politics and performance to the Hermetic tradition which influenced the Radical Enlightenment and its originators, in for example, the work of Spinoza. But she also argues that this ‘magical’ or Hermetic tradition rested on a masculinist coup against women’s knowledge, especially in the transformation of women healers into malevolent witches.”
—Carl Levy, professor in the Department of Politics and International Relations at Goldsmiths, University of London

Erica Lagalisse is an anthropologist and writer. She is currently a postdoctoral fellow at the International Inequalities Institute of the London School of Economics and Political Science, where she is conducting a research project on dynamics surrounding the “conspiracy theory” in social movement spaces.

Carl Levy is professor of politics at Goldsmith’s College, University of London. He is a specialist in the history of modern Italy and the theory and history of anarchism. His recent plublsihed work includes The Palgrave Handbook of Anarchism with Matthew S Adams, The Anarchist Imagination with Saul Newman and Colin Ward: Life, Times and Thought.

Entry to this event is free and unticketed.