‘In and Against the State: Lessons from our recent past’ with Rosemary Grennan and Seth Wheeler 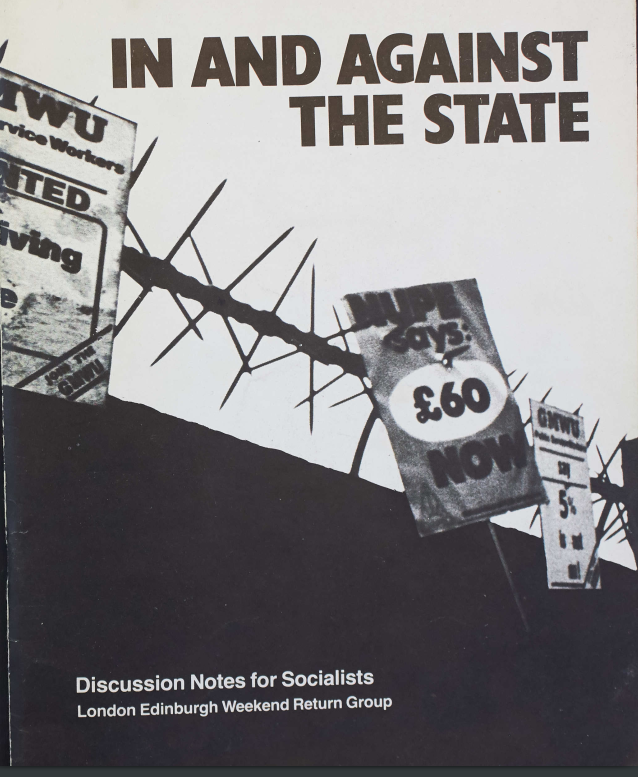 To mark the 40th anniversary of the influential text ‘In and Against the State’, this talk will draw on historical material to trace this seemingly contradictory idea as an identifiable tendency in the history of the Left. Through exploring historical relationships between autonomous social movements and their attempts to exert power through institutional and parliamentarian forms we will draw prescient lessons for contemporary practice.

Published in 1979 ‘In and Against the State,’ addresses how revolutionary socialists were able to square the apparent contradiction of remaining revolutionary while working within the constraints of the state’s  ‘disciplinary architectures’. Informed by ‘autonomist’ political  ideas and practices,  unleashed in the global ruptures of 1968, ‘In and Against the State’s authors spoke to a generation of activists wrestling with where best to place their energies in recognition of the central place that state provision  played in the social and technical reproduction of the working class.

Recently this small text has had something of a renaissance, particularly in the UK. In no small part, to the political culture and imagination of many activists who currently compose the ecology of Corbynism. In the last few years, ‘In and Against’ has also come to be used as short-hand for the emergence of new forms of political practice.

Seth Wheeler is a co-founder of Labour Transformed.

We are reopening on Monday April 12th! Social distancing measures are in place – please wear your mask and be aware you may have to wait outside if the shop is busy.

We still encourage you to shop online at housmans.com/shop