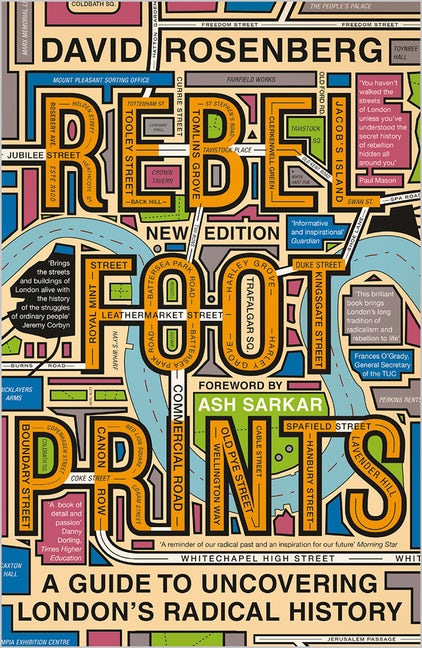 A Pluto Press 50th Anniversary event. David Rosenberg brings to life the history of social movements in the capital, telling the story of protest and struggle in London from the early nineteenth to the mid-twentieth century. From the suffragettes to the socialists, from the Chartists to the trade unionists, Rosenberg invites us to step into the footprints of a diverse cast of dedicated fighters for social justice.

David Rosenberg is an educator, writer and tour guide, and author of Rebel Footprints (Pluto, 2015) and Battle for the East End (Five Leaves, 2011). Since 2008, he has led tours of key sites in London’s social and political history.