Not Quite Right for Us: Celebrating flipped eye and Speaking Volumes, with Sharmilla Beezmohun and Colin Grant 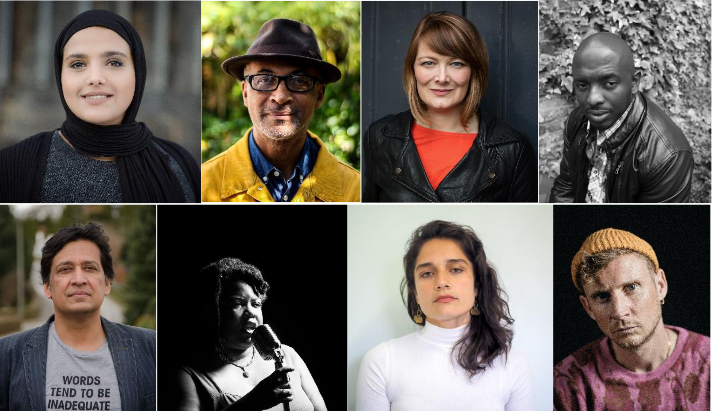 Housmans is very proud to announce a joint event with flipped eye and Speaking Volumes to celebrate the publication of Not Quite Right for Us, an anthology featuring 40 international voices talking about outsider-ness.

This event is also part of flipped eyes’s 20th anniversary celebrations. Not Quite Right for Us is published in collaboration with Speaking Volumes, who are also celebrating their 10th anniversary this year.

In Not Quite Right for Us new and established writers evoke their own experiences of outsiderness—and defiance against it. Contributors include Kerry Hudson, Xiaolu Guo, Aminatta Forna, Colin Grant, Nick Makoha, Byron Vincent, Rishi Dastidar, Johny Pitts and Rafeef Ziadah and a foreword by Linton Kwesi Johnson.

Sharmilla Beezmohun, co-founder of Speaking Volumes and editor of Not Quite Right for Us, will be in conversation with author and contributor to the anthology Colin Grant. The conversation will be chaired by Mitch Albert, director of fiction and non-fiction for flipped eye.

Winning global acclaim for being a champion of compelling work, flipped eye publishing has been publishing affordable culture from the margins of British society since 2001. As an incubator for talent, flipped eye focuses on cultivating potential, as opposed to producing rapid output, with publications a manifestation of long-term dialogue between editors and authors over several years. Award-winning authors who were discovered, developed or launched by flipped eye include Roger Robinson, Warsan Shire, Inua Ellams, Malika Booker, Miriam Nash, Nick Makoha and more.

Sharmilla Beezmohun is the co-founder of Speaking Volumes Live Literature Productions in 2010. Previous work includes eleven years as Deputy Editor of Wasafiri, the Magazine of International Contemporary Writing, plus stints at Virago and Heinemann’s African and Caribbean Writers Series among others. She edited Continental Shifts, Shifts in Perception: Black Cultures and Identities in Europe (2016) and co-edited A Meeting of the Continents: The International Book Fair of Black Radical and Third World Books (2005). She is a Trustee of Carcanet Publishers, Modern Poetry in Translation magazine and was elected an Honorary Fellow of the Royal Society of Literature in 2019.

Colin Grant is a non-fiction writer, historian and broadcaster. His books include: Homecoming: Voices of the Windrush Generation, a BBC Radio 4 Book of the Week (2019); A Smell of Burning, a history of epilepsy and Sunday Times Book of the Year (2016); the memoir Bageye at the Wheel, shortlisted for the Pen/Ackerley Prize (2013). Grant has written and directed several BBC drama documentaries including A Fountain of Tears: The Murder of Federico Garcia Lorca; and A History of the N Word. He is the director of the new platform WritersMosaic, launching in April 2021.

There are three available tickets for this event: if you’d like a copy of the book then choose the book plus entry ticket. If you’d like to support Housmans then please consider buying a solidarity ticket at £3. There’s also a free access ticket for students and unwaged comrades.

RSVP
RSVPs are no longer available

Open on Tuesday 19th July from 1pm – may close early, please call before you travel.