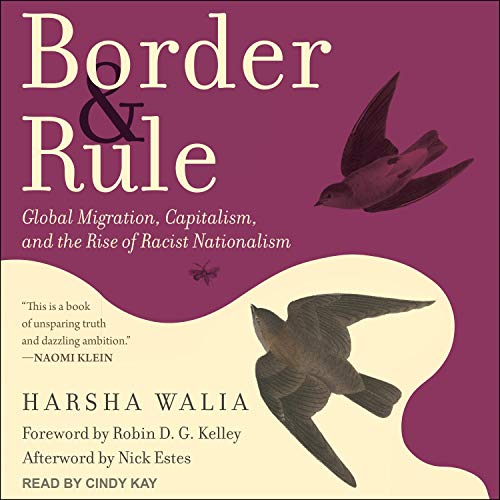 How do borders divide the international working class and consolidate imperial, capitalist, and racist rule?

Amidst a global pandemic, governments around the world have accelerated border closings, imposed more barriers to asylum seekers, and expanded immigrant detention. In Border and Rule: Global Migration, Capitalism, and the Rise of Racist Nationalism, Harsha Walia disrupts easy explanations for the migrant and refugee crises, instead showing them to be the inevitable outcomes of conquest, capitalist globalization, and climate change generating mass dispossession worldwide.

Join Harsha Walia, Maya Goodfellow and Gargi Bhattacharyya for a discussion about this timely book.

Gargi Bhattacharyya is one of the UK’s leading scholars on race and capitalism. She is the author of Rethinking Racial Capitalism (2018), Dangerous Brown Men (2008), Traffick (2005) and co-author of Empire’s Endgame (2020).

Maya Goodfellow is a writer, researcher and academic. She has written for the New York Times, the Guardian, the New Statesman, Al Jazeera and the Independent. She is a trustee of the Runnymede Trust. Maya is the author of Hostile Environment: How Immigrants Became Scapegoats (2019).

Harsha Walia is the award-winning author of Undoing Border Imperialism (2013) and, most recently, Border and Rule. Trained in the law, she is a community organizer and campaigner in migrant justice, anti-capitalist, feminist, and anti-imperialist movements, including No One Is Illegal and Women’s Memorial March Committee.

This event is sponsored by Housmans Bookshop and Haymarket Books. While all of Haymarket’s events are freely available, they ask that those who are able make a solidarity donation in support of their important organizing, programming and publishing work.