A Kingdom of Love: Rachel Mann in conversation with Roz Kaveney ***CANCELLED*** 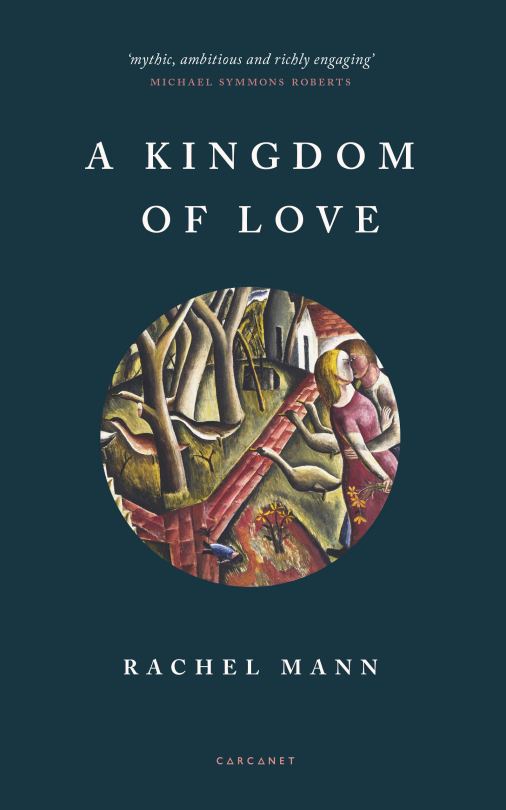 ***We’re really sorry to hear that our speaker Rachel Mann is presenting symptoms and is self-isolating. This event is now therefore cancelled. Tickets will be refunded. We hope Rachel feels better soon***

We are very excited to announce a poetry event at Housmans in collaboration with Carcanet Press, one of the outstanding independent literary publishers of classical and modern poetry of our time.

Anglican priest, poet, writer and broadcaster Rachel Mann will be reading from her highly praised A Kingdom of Love, a lyrical interrogation of the place of the sacred and profane in a demythologised world. Whilst framed within the language of Christianity, Mann interrogates the dominant linguistic and mythic inheritances of religious discourse. Furthermore, she writes of connection and of faith in a way that will resonate with non-religious readers. A meditation also on the spiritual vs. the material, Mann eschews didacticism in A Kingdom of Love and urges us through her verses to reflect on the ways in which we can connect with one another and move forward in these difficult times.

After a reading from A Kingdom of Love, Rachel will be in conversation with writer, critic, and poet the brilliant Roz Kaveney about all things sacred and profane.

This book has a great deal to offer those who don’t believe in a god; strength, connection, the time taken to slow down and reflect on how we relate to others, and how we can continue to move forward on both difficult days and joyous ones… These are poems to sit with, to linger over.’

‘This collection by Anglican priest and poet Rachel Mann is richly lyrical and textured … These poems are certainly food for thought, but they neither pontificate nor patronise … wry and poignant and reflective by turns’
Sarah Law, Stride magazine: ‘Liturgy, Litany and Lyric’

‘A Kingdom of Love is a stirring set of poems, vibrant, gentle, yet at times has the ability to make the reader aware of their surroundings, a mild shaking of sorts’
The Bobsphere

‘This is a beautiful, incantatory free verse that sparkles with alliteration and allusions’
BookishBeck

‘A Kingdom of Love is a hard-won book of wonders. Poem after poem works at the edge of what language can describe or explore – the nature of belief, the presence and absence of God, the rituals and reality of death, suffering and above all, love. It is a mesmerising debut.’
Michael Symmons Roberts

Rachel Mann is an Anglican parish priest and writer. She was Poet-in-Residence at Manchester Cathedral between 2009 and 2017 and is the author of five books, including Fierce Imaginings: The Great War, Ritual, Memory and God (DLT 2017). She is Visiting Fellow in Creative Writing and English at Manchester Metropolitan University. Her poetry was anthologised in Carcanet’s New Poetries VII (2018).

In addition she writes on music, particularly prog, folk and metal. She was Metal/Rock reviewer for manchestermusic.co.uk. She works freelance for magazines like Prog Magazine and The Quietus.

Roz Kaveney is a poet, novelist and critic living in London. Her novel of trans street life in the 70s TINY PIECES OF SKULL won a Lambda in 2016, her versions of Catullus have been widely praised.