To Exist is to Resist: Black Feminism in Europe 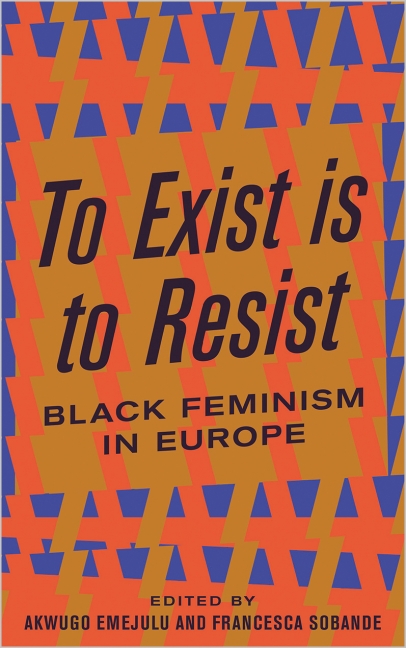 Join us for a discussion on how Black feminism and Afrofeminism are being practiced in Europe today. Speakers Akwugo Emejulu and Dr Francesca Sobande will explore the differing social positions of black feminism in various countries and the ways in which Black feminists organize and mobilize to imagine a Black feminist Europe. This event is also part of Pluto Press’s 50th anniversary celebratory bookshop takeovers.

Deeply aware that they are constructed as “others” living in a racialized and hierarchical continent, the contributors explore gender, class, sexuality, and legal status to show that they are both invisible—presumed to be absent from and irrelevant to European societies—and hyper-visible, assumed to be passive and sexualized, angry and irrational.

In imagining a future outside the neocolonial frames and practices of contemporary Europe, this book explores a variety of critical spaces including motherhood and the home, friendships and intimate relationships, activism and community, and literature, dance, and film.

Dr Francesca Sobande is a Digital Media Studies Lecturer at Cardiff University. Her work focuses on how racism and sexism manifest in media and the marketplace. She has published work in the European Journal of Cultural Studies, and Consumption Markets and Culture, and is the author of The Digital Lives of Black Women in Britain (Palgrave Macmillan, forthcoming 2020).