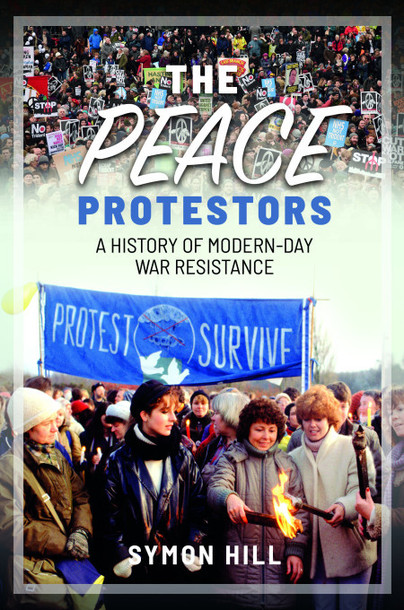 A history of modern-day war resistance

From Afghanistan to the Falklands, from Northern Ireland to Iraq, British troops are nearly always in action somewhere in the world. But whenever there is war, there will be people who resist it. Sometimes, they can draw on public sympathy. At other times, they stand alone against the crowd. Peace movements large and small have been a constant part of UK history, not least in the last 40 years. This book tells their stories.

Drawing on interviews, fresh research and newly released government documents, the book sheds light on some of the most surprising and overlooked events of recent decades. Peace activists in the 1980s did not know that Margaret Thatcher’s government feared that US troops on UK bases would fire on unarmed demonstrators. When the ceasefire came about in Northern Ireland, few noticed the peace work that Quakers had been doing behind the scenes for years. While the jingoistic atmosphere of the Falklands War is much remembered, there is less talk about the protests against it that saw more than 100 arrests at navy recruitment centres and public demonstrations. Four women who successfully disarmed a warplane in the 1990s were just a few of those to be acquitted after actions that could have resulted in years in prison. Apparent public support for the campaign against the Iraq war masked deep and bitter divisions amongst anti-war activists. Dissent and disobedience within the armed forces continues far from the public gaze. As recently as 2011, Michael Lyons was refused discharge from the Royal Navy despite developing a conscientious objection to war. He spent seven months in a military prison. This is a book that brings to life the realities of resistance by people whose refusal to conform has much to say about how we see the UK and British history today.

Symon Hill is a historian and peace campaigner. He is a tutor for the Workers’ Educational Association, in which role he has developed new courses on anti-war movements, social conflict and overlooked aspects of British history. He is Campaigns Manager of the Peace Pledge Union and was previously press officer for the Campaign Against Arms Trade. He edited the writings of First World War pacifists for the White Feather Diaries, an online storytelling project. He has written three previous books and articles for publications including the Guardian, Morning Star, Church Times and Independent.