The New Age of Empire: How Racism and Colonialism Still Rule the World, with Kehinde Andrews and Imarn Ayton 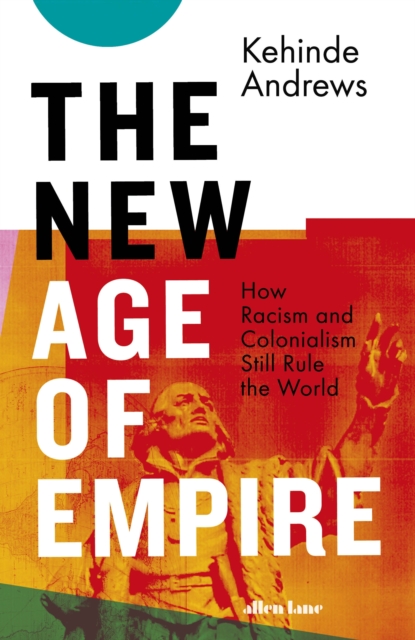 The West is rich because the Rest is poor. Capitalism is racism. The West congratulates itself on raising poverty by increments in the developing world while ignoring the fact that it created these conditions in the first place, and continues to perpetuate them.

We are delighted to welcome Kehinde Andrews and Imarn Ayton to virtual Housmans to discuss Kehinde’s book The New Age of Empire: How Racism and Colonialism Still Rule The World.

Author and educator Kehinde Andrews is one of the leading Black political voices in Britain. He is associate professor in sociology at Birmingham City University, a regular writer of opinion pieces for the Guardian, Independent and Ebony magazine, and editor of the series ‘Blackness in Britain’. He was part of the team that launched the first Black Studies degree in Europe, and is Co-chair of the Black Studies Association and of the Harambee Organisation of Black Unity. He regularly appears on television and radio.

Imarn Ayton is an Anti-Racism Activist and founder of the Black Reformist Movement: Imarn Ayton came to prominence during the Black Lives Matter protest on the 31st May, further to organising several protests including Saturday 6th June with 20.000 people in attendance. Imarn Ayton has become motivational speaker and Racism ‘Thought Leader’ in the process and advocates for tackling Institutional racism in the U.K.

There are two available tickets for this event: If you’d like to support Housmans then please consider buying a solidarity ticket at £3. There’s also a free entry ticket for students, low income and unwaged comrades.

RSVP
RSVPs are no longer available