Repeater Takeover: ‘Steal as Much as You Can: How to Win the Culture Wars in an Age of Austerity’ with Nathalie Olah and Vicky Spratt 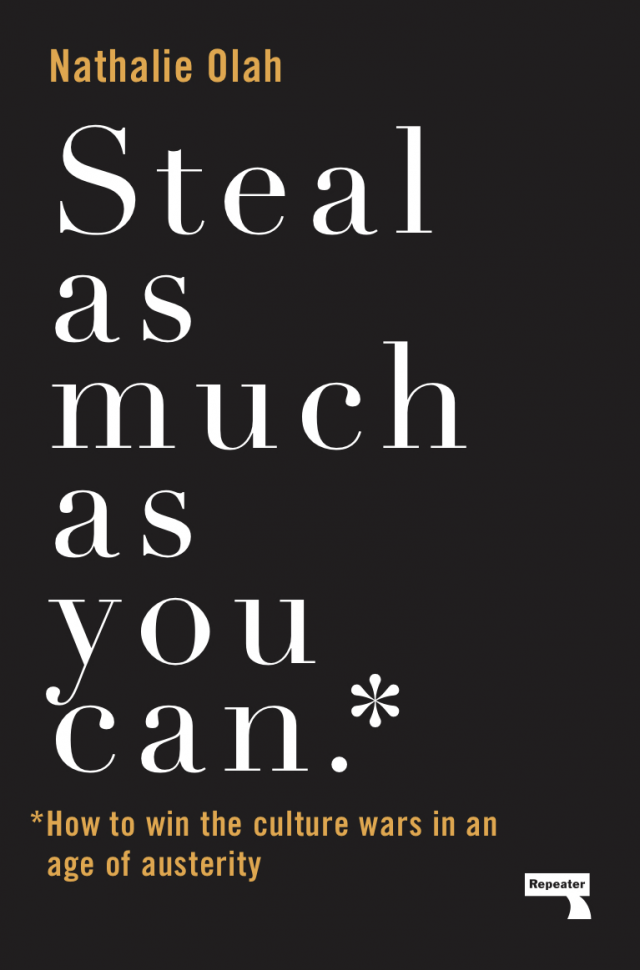 Join journalists Nathalie Olah and Vicky Spratt to discuss the current state of today’s arts, media and cultural industries, at a time when a radical cultural response to our political moment is needed more than ever.

Steal as Much as You Can is the story of how a generation that was lost for most of the 2010s – mired in debt, stressed by precarious work, prisoners to capitalist realism –came back at the end of the decade to kick against the privileged minority. If the early 2010s was the era of Nick Clegg and Mumford and Sons, the late 2010s is the moment of Corbyn, Stormzy and Cardi B: icons of a positive populism that holds little regard to establishment notions of taste and respectability.

Steal as Much as You Can tackles the key problems facing cultural workers today: tastefulness, inclusion and imposter syndrome, and in response to the failures of our cultural class sets out “acts of theft” by which we can steal back agency and control over our lives.

Nathalie Olah is a journalist and editor based in London. Her writing focuses on the intersection between politics and contemporary culture, with an emphasis on marginalised and working class communities. She has been published in Five Dials, Dazed, AnOther, i-D, The Guardian, The Sunday Times, The Independent and the Times Literary Supplement.

Vicky Spratt is an investigative journalist and campaigner who has extensively covered the housing crisis through her writing, including for The i Paper where she writes weekly as Housing Correspondent. Her campaign “Make Renting Fair” highlighted the plight of a generation of renters and resulted in the government banning letting agency fees for tenants. Vicky has also reported on issues around mental health and contraception, abortion rights and people trafficking. She also writes for Refinery29 where she is features editor and her book TENANTS: Stories of Britain’s Housing Shame will be published in 2020.