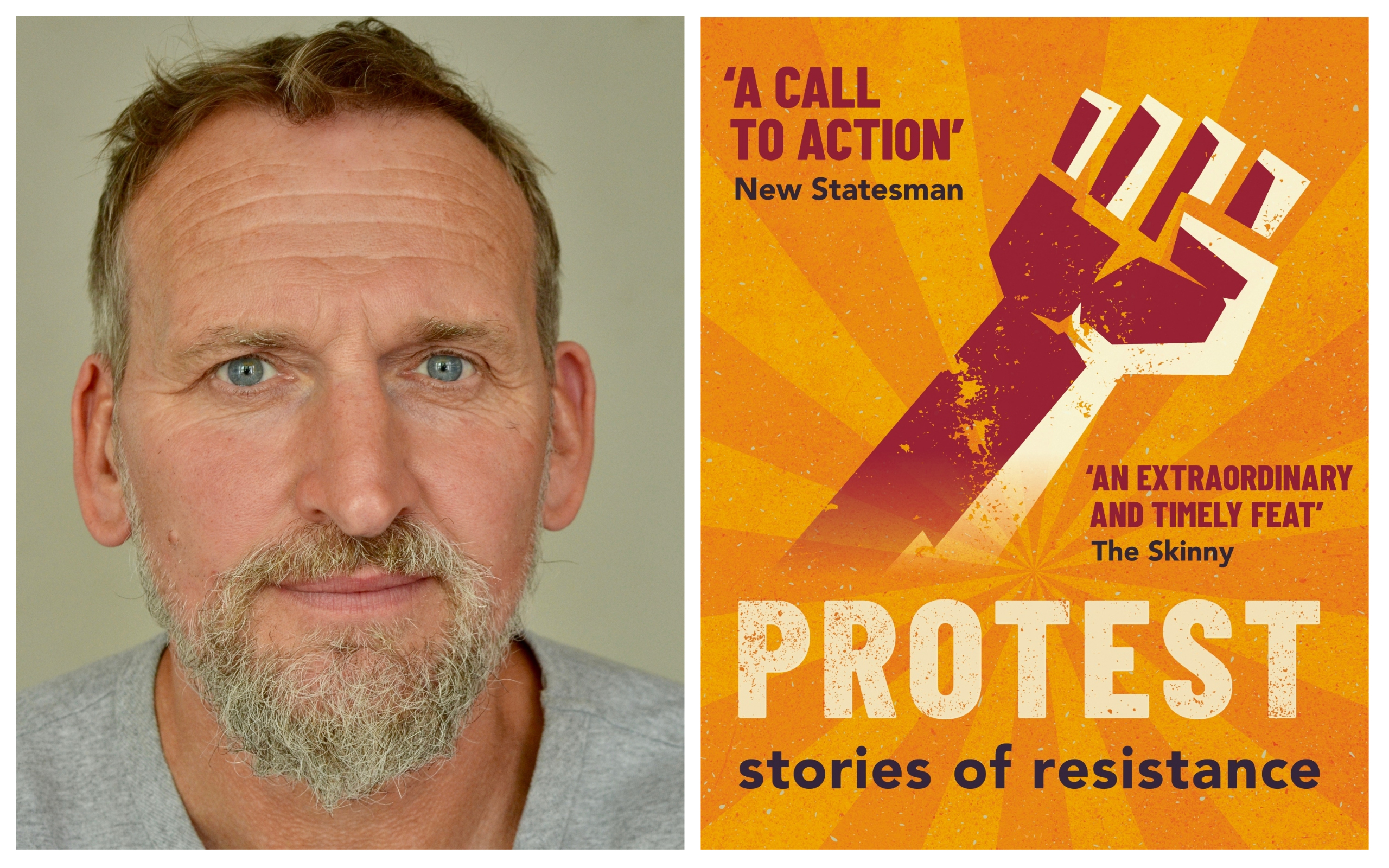 Christopher will be reading ‘Withen’ by Martyn Bedford, a story about the Battle of Orgreave, during the 1984-85 miners’ strike. The reading will be followed by a discussion with author Martyn Bedford and academic David Waddington who has published widely on Britain’s mining communities.

In the age of fake news and post-truth politics this book fights fiction with (well researched, historically accurate) fiction. Britain might not be famous for its revolutionary spirit, but its people know when to draw the line, and say very clearly, ‘¡No pasarán!’

Martyn Bedford is the author of five novels for adults: Acts of Revision, which won the Yorkshire Post Best First Work Award, Exit, Orange & Red, The Houdini Girl, Black Cat, and The Island of Lost Souls. He is also the author of two novels for young adults: Flip (shortlisted for the Costa Children’s Book Award, and winner of the Sheffield Children’s Book Award, the Calderdale Book of the Year Award, the Bay Book Award and the Immanuel College Book Award) and Never Ending (2014). His first collection of short stories, Letters Home, is published by Comma Press.

David Waddington is Professor of Communications and Co-Director of the Cultural, Communication and Computing Research Institute at Sheffield Hallam University, where he started out as a Postdoctoral Research Associate in March 1983. Since being appointed, he has continued to publish widely on the policing of public order, industrial relations in the coalfields, and the sociology of Britain’s mining communities. His latest book, Pit-folk and Peers: The Remarkable History of the People of Fryston, Volume 1 – Echoes of Fryston Hall (1809-1908), has just been published by Route (Pontefract).