Off the Fence presents: ‘The Troubles with Democracy’ with Jeff Noonan, Rebecca Davnall and Michael Neu 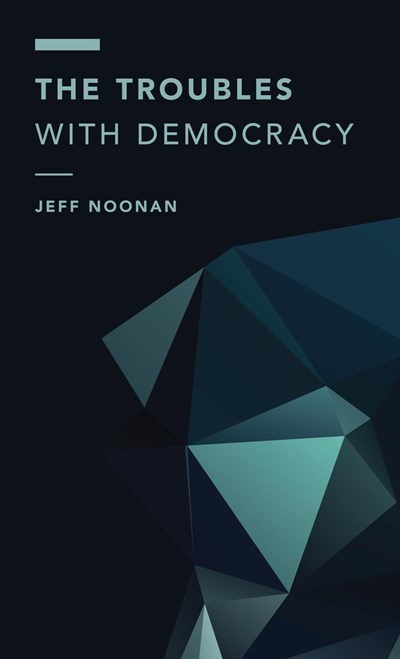 Our guests launch a new book series, ‘Off the Fence: Morality, Politics and Society’ which will be publishing short, sharply argued texts in applied moral and political philosophy, with an interdisciplinary focus. The series constitutes a source of arguments on the substantive issues applied philosophers are concerned with: contemporary real-world issues relating to violence, human nature, justice, equality and democracy, self and society. The point of the series is to demonstrate applied philosophy to be at once rigorous, relevant and accessible – philosophy-in-use.

Jeff Noonan will be introducing his book The Troubles with Democracy, which is the most recent Off the Fence book. Providing a new philosophical foundation for thinking about old problems such as class inequality, The Troubles with Democracy explores the concept of and problems associated with democracy. Ideal for students in politics and philosophy, the book informs new structural and institutional responses to these problems.

Jeff Noonan is as Professor of Philosophy at the University of Windsor, in Windsor, Ontario, Canada, where he has taught since 1998. His professional research interests are primarily in social and political philosophy. His major publications focus on human nature, the social and political implications of human identity and difference, the normative foundations of democratic society, the ethical foundations of socialism, and the principles of materialist ethics.

Rebecca Davnall is a Lecturer in Philosophy and Game Design Studies and a Member of the Olaf Stapledon Centre for Speculative Futures at the University of Liverpool. Her research and teaching cover technology ethics, media ethics, futurism, the philosophy of physics and metaphilosophy

Michael Neu is a Senior Lecturer at Brighton University. He researches in political and moral philosophy, with special interests in the politics and ethics of violence. He publishes on contemporary just war theory, the “Responsibility to Protect”, sweatshops, torture and the notion of “complicity”. His future research will be on “friendship”.