Cooperation Jackson: The Struggle for Economic Democracy and Black Self-Determination in Jackson, Mississippi 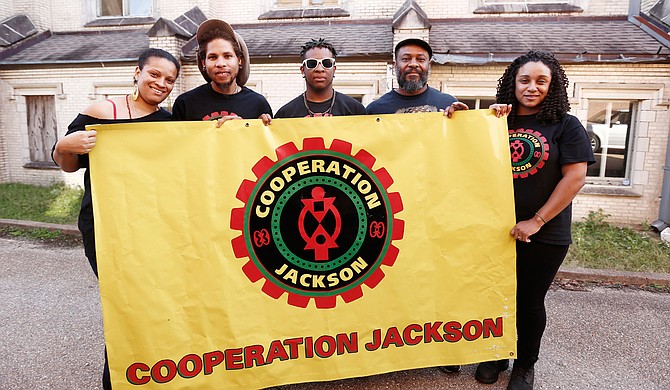 On a rare visit to London from Mississippi, we are delighted to welcome a co-founder and co-director of Cooperation Jackson, Kali Akuno, to discuss the inspiring work they have been undertaking to create sustainable community development, economic democracy, and community ownership, within the confines of a historically structurally racist state.

Mississippi, the poorest state in the U.S. with the highest percentage of Black people, and a history of vicious racial terror and concurrent Black resistance is the backdrop and context for this programme of community organising.

Undeterred by the uncertainty, anxiety and fear brought about by the steady deterioration of the neoliberal order over the last few years, the response from Black activists of Jackson, Mississippi has been to organise. Inspired by the rich history of struggle and resistance in Mississippi and committed to the vision of the Jackson-Kush Plan, these activists are building institutions rooted in community power that combine politics and economic development into an alternative model for change, while addressing real, immediate needs of the people.

Cooperation Jackson’s basic theory of change is centered on the position that organizing and empowering the structurally under and unemployed sectors of the working class, particularly from Black and Latino communities, to build worker organized and owned cooperatives will be a catalyst for the democratisation of our economy and society overall.

The experiences and analyses in this compelling collection reflect the creative power that is unleashed when political struggle is grounded by a worldview freed from the inherent contradictions and limitations of reform liberalism.

Kali Akuno is also co-editor of ‘Jackson Rising: The Struggle for Economic Democracy and Black Self-Determination in Jackson, Mississippi’ (2017)

THIS EVENT IS PART OF THE ANARCHIST FESTIVAL 2019