Online Book Launch: “The People’s Republic of Neverland: The Child versus the State” with Robb Johnson and Louise Regan 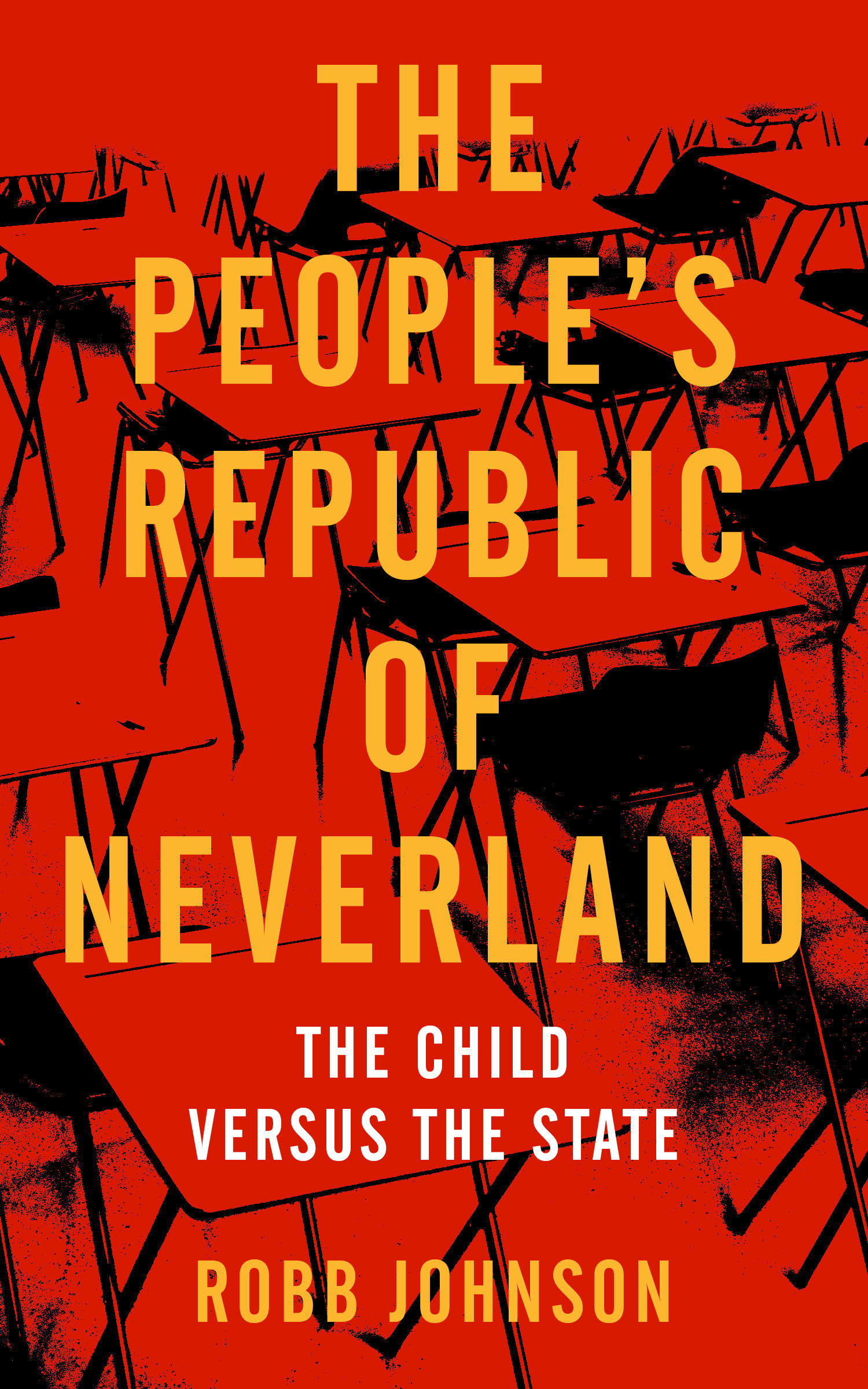 COVID has dramatically confirmed that the current condition of state education is not fit for purpose. Join educators and organizers Robb Johnson and Louise Regan to discuss how 30 years of “education reform” have created a dysfunctional mass education system that ruthlessly prioritises the agenda of the neo-liberal state over the needs of children. Robb Johnson’s book The People’s Republic of Neverland: The Child versus the State is part memoir and polemic and a celebration of children’s innate desire to learn, share, cooperate, and play, as well as a critique of bureaucratic interference. The book lays out how to create democratic spaces where kids can grow, not up, not old, but as individuals.

About The People’s Republic of Neverland: The Child versus the State

There once was a time when teachers and communities were able to exercise democratic control over their schools. Now that power has been taken away, both centralised and privatised, under the guise of “reform.” There is a forgotten history of the time before reform, and within it a bright horizon is visible, reachable only if educators and society at large can learn the lessons of the past.

Robb Johnson entered the classroom as a new teacher in the 1980s and has spent a lifetime alongside his pupils encouraging both creativity and a healthy distrust of authority. Johnson details how we ended up with the contemporary mass education systems and why they continually fail to give children what they need. Combining practical experience as a teacher with detailed pedagogical knowledge, and a characteristic playful style, Johnson is both court chronicler and jester, imparting information and creatively admonishing the self-important figureheads of the reform agenda.

This book considers how schools and education relate to the wider society in which they are located and how they relate to the particular needs and abilities of the people who experience them. It shows that schools and education are contested spaces that need to be reclaimed from the state, and turned into places where people can grow, not up, not old, but as individuals. It offers alternative ways of running classrooms, schools, and perhaps even society.

“I have rarely seen a book that is so embedded in what education is for and that then directs the reader to how to pursue the goals, in practice and at all levels of school infrastructure so that the way schools are structured adds to the goodness of society.”
—Marcelo Staricoff, author of Start Thinking, fellow of the Chartered College of Teaching, and former headteacher

“The People’s Republic of Neverland: The Child versus the State by Robb Johnson shows the stark reality of the current situation for education. Education is at a crossroads, and this book comes at an important time raising awareness and exposing the flaws in our current system. Read this, and then join the campaign to fight for a fairer, fully funded, comprehensive education system!”
—Louise Regan, ex-president of National Education Union (UK)

“The goals of the school systems in most countries have generally not had nothing to do with producing happy, creative, self-confident, autonomous children who will grow up to become happy, creative, self-confident, autonomous adults. But since schooling become mandatory in industrialized societies like the UK and the US, the schools have been an ideological battleground between those who want to produce obedient workers and soldiers, and those, like Robb Johnson, who would prefer to see a liberated humanity consisting of whole people, who are treated as such from birth, by their parents, by the schools, and all other social, political, and economic institutions. This book is a brilliant crash course in the roots of the problem, the devastation that has been done since the post-Thatcher/Reagan austerity budgets and a return to Victorian (‘family‘) values, and how we might address all of these complex challenges. And it is as captivating a read as any good memoir, because that’s exactly what it is. Robb Johnson lived through, and taught through, the backlash, working as a school teacher from 1980 until very recently.”
—David Rovics, musician and author of Sing for Your Supper: A DIY Guide to Playing Music, Writing Songs, and Booking Your Own Gigs

Robb Johnson was born in 1955, studied English lit at Sussex University, trained as a teacher, and then did an MA in English literature at Manchester University. He has worked as a classroom teacher by day and a songwriter by night since 1980. As a songwriter, he has received widespread critical acclaim. Robb has written songbooks; edited a book of stories, Journeys Down Denbigh Road, for use with young children in school assemblies; edited A Navigator’s Tale, a book collecting his father’s World War II memoir and poetry; and contributed regularly to the music magazine RNR.

Louise Regan is the ex-president of National Education Union (UK).

Please note that this event will be held online via Zoom. You will be emailed a Zoom invitation on the day of the event.