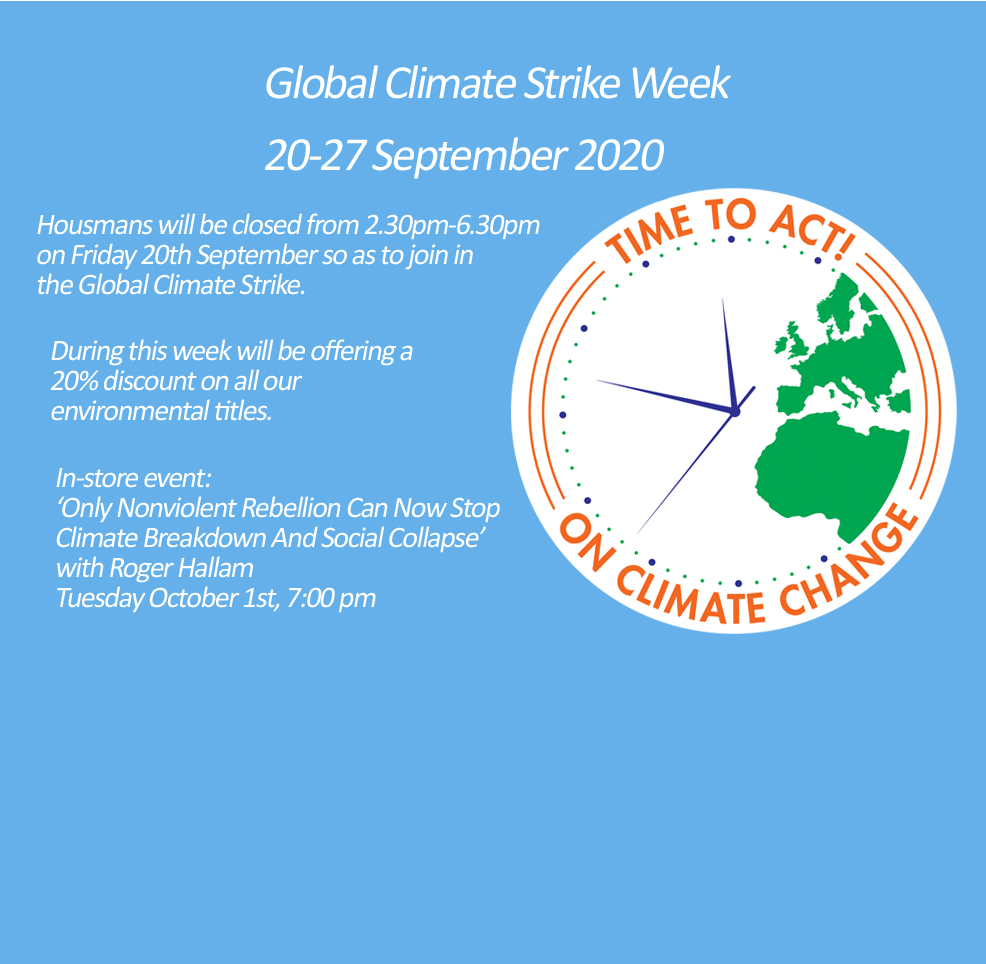 Housmans will be closed from 2.30pm-6.30pm on Friday 20th September so as to join the Global Climate Strike. In the UK there will be a week of actions taking place, with a large demonstration taking place in London on the 20th, led by the school strikers.

During this week will be offering a 20% discount on all our environmental titles.

“School strikers are calling on everyone: young people, parents, workers, and all concerned citizens to join massive climate strikes and a week of actions starting on September 20. People all over the world will use their power to stop “business as usual” in the face of the climate emergency. We will join young people in the streets to demand an end to the age of fossil fuels and emergency action to avoid climate breakdown.” https://globalclimatestrike.net
https://www.campaigncc.org/climate_strike_20_september

Housmans will also be launching a new booklet by Roger Hallam, co-founder of Extinction Rebellion and an organic farmer. Roger has written a booklet called “Common Sense for the 21st Century: Only Nonviolent Rebellion Can Now Stop Climate Breakdown and Social Collapse”, the print copy of which we will be launching at this event.

The booklet outlines how the environmental and climate movements around the world need to come together in order to avert extinction of all life. It goes into detail on using nonviolent civil disobedience as well as other strategies and tactics to make real change happen. For more details on that please visit our events pages
https://housmans.com/event/only-nonviolent-rebellion-can-now-stop-climate-breakdown-and-social-collapse-with-roger-hallam/