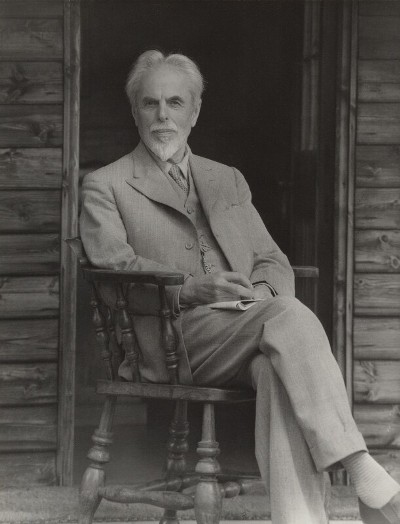 Who was Laurence Housman?

Laurence Housman was born in Bromsgrove, Worcestershire, on 18 July 1865, the sixth of seven children, who also included the poet AE Housman. After education at local schools, he went with his sister Clemence to study art at the Lambert School of Art and the Royal College of Art in London. He first worked as a book illustrator with London publishers, including, besides his own fairy tales, such works as Christina Rossetti’s Goblin Market (1893) and Jane Barlow’s The End of Elfintown (1894) in an intricate Art Nouveau style. He also wrote several volumes of poetry in the 1890s, and when his eyesight began to fail, he turned more and more to writing.

Housman’s first success came with the novel An Englishwoman’s Love-letters (1900), published anonymously. He then turned to drama with Bethlehem (1902), and was to become best known and remembered as a playwright. His other dramatic works include Angels and Ministers (1921), Little Plays of St Francis (1922) and Victoria Regina (1934), which was even staged on Broadway, New York. Some of Housman’s plays caused scandals because of depiction of biblical characters and members of the Royal House on stage, and many of them were only performed privately until the relaxation of theatrical censorship in 1968.

With Henry Nevinson and Henry Brailsford, Housman founded the Men’s League for Women’s Suffrage in 1907. In the First World War he was involved in relief work for Belgian refugees. He wrote afterwards that through the experience he “escaped his Conservative upbringing” and became a committed socialist and pacifist. From 1922 he was a Quaker attender, and about the same time he formed a close friendship with Dick Sheppard, so that when Sheppard founded the PPU in 1934, Housmans naturally became one of its Sponsors. He served as Chair of the War Resisters’ International, and then its honorary President. He was a Director of both Housmans Bookshop, which he initially suggested and then opened in Shaftesbury Avenue on 26 October 1945, and Peace News, to which he contributed regularly over many years. His best known pacifist writings are The Heart of Peace and Ploughshare and Pruning Hook (both 1919) and The Preparation of Peace (1941).

A prolific writer, with around a hundred published works to his name, Housman’s output covers all kinds of literature from socialist and pacifist pamphlets to children’s stories. He wrote an autobiography, The Unexpected Years (1937), and edited AE’s poems after his brother’s death in 1936.

Having lived his last 35 years with his sister Clemence in Street, Somerset, Housman died on 20 February 1959, the “Grand Old Man” of the pacifist movement (Peace News), “a thoroughgoing rebel” (WRI), a few months before the re-opening at Kings Cross of the shop that still honours his name.

In 2009 the Housman Society published ‘Inseparable Siblings: A Portrait of Clemence and Laurence Housman’ by Elizabeth Oakley, which tells the story of Laurence and Clemence Housman. It is available in store.