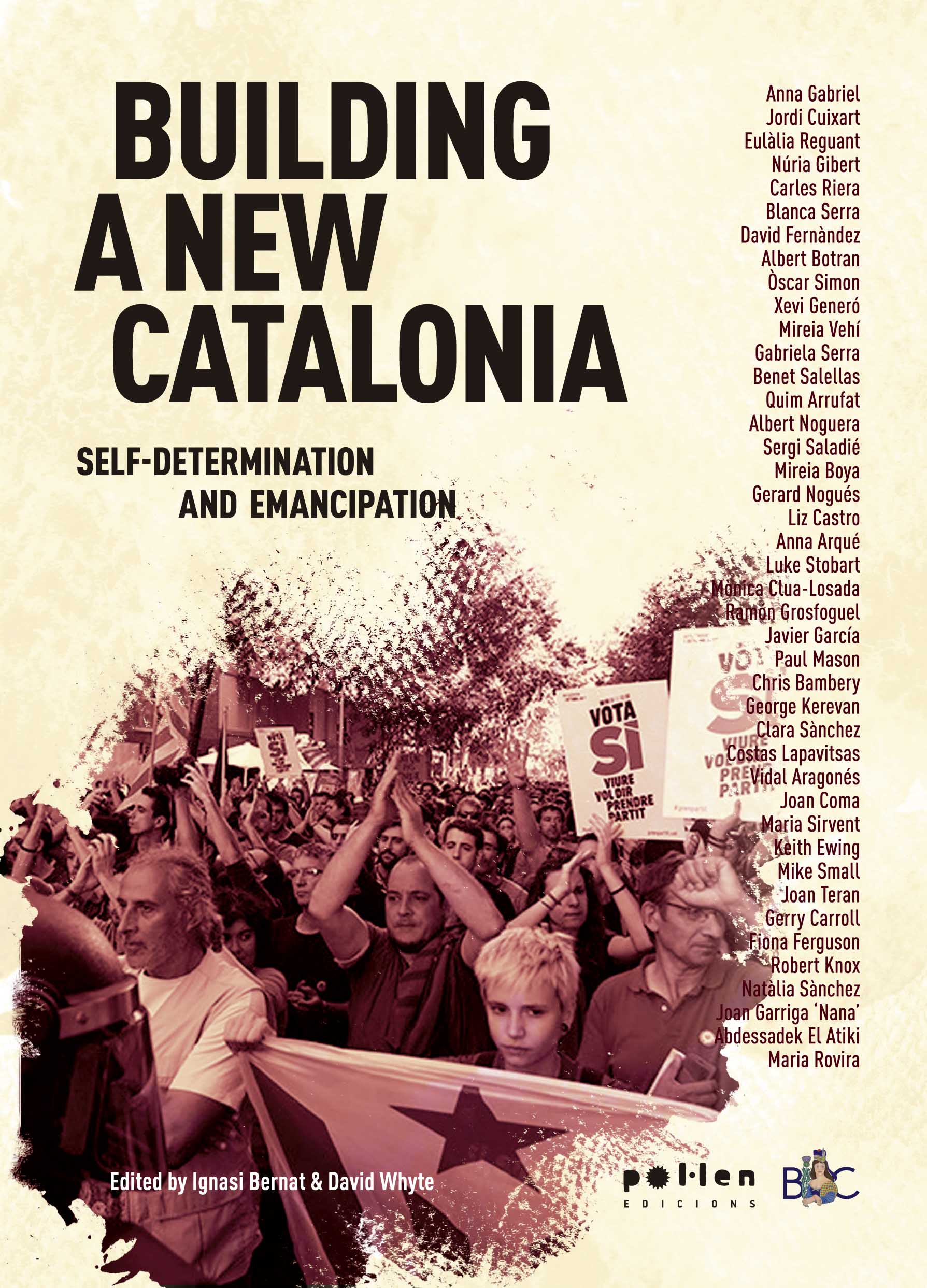 Protests have raged in Barcelona for over a week after Spain’s Supreme Court sentenced nine Catalan independence leaders to long prison sentences.

This Friday at 7pm, one of the main activists from Catalonia’s independent movement, Liz Castro, and three experts, David Whyte (author of How Corrupt is Britain?), Ignasi Bernat and Rob Knox, will be at the shop to explain and discuss the situation including these latest developments.

Join us if you’d like to understand and find out more about the Catalonian struggle and its implications for #Scotland and nationalism in Europe.

Ignasi and David are the editors of the book “Building a new Catalonia”.  The contributors to this book include some of the best known leaders of the left independence movement in Catalonia. It includes chapters by Catalan political leaders including Jordi Cuixart (currently in jail awaiting trial for sedition), Liz Castro and David Fernandez, and prominent international contributors including journalist Paul Mason and economist Costas Lapavitsas. The book is currently in stock and will be on sale during the event.

The essays highlight the political strategies and aspirations of the anti-capitalist, feminist and socialist movement for self-determination in Catalonia.

Some of the authors have risked criminalisation for their actions and their words. Some have been exiled or imprisoned for their political activities and views. At the same time, this book represents a remarkable statement of hope and determination to build a fairer, more equal and just society; a society in which people can enjoy true sovereignty and autonomy over their daily lives.

Liz Castro is an author and translator. She is the former Chair of the International Committee of the Catalan National Assembly (ANC) and is a contributor to Building a New Catalonia..

Ignasi Bernat is a sociologist and activist based in Barcelona. He has been lecturer at University of Girona and University of Surrey and the editor of Building a New Catalonia.

David Whyte is Professor of Socio-legal Studies at the University of Liverpool and the editor of Building a New Catalonia.

Rob Knox  is a Lecturer in Law at the School of Law and Social Justice, University of Liverpool. Member of the Historical Materialism editorial board.