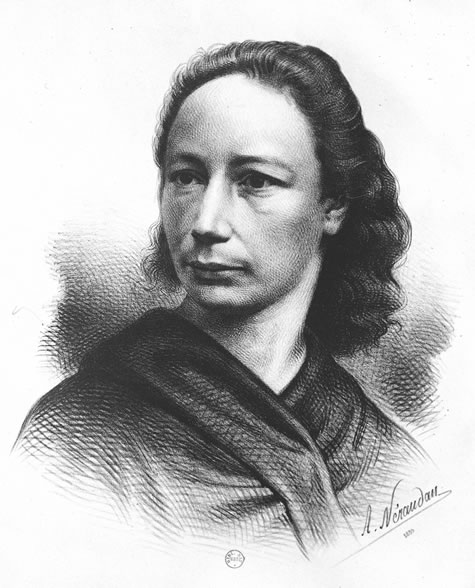 We’re delighted to announce that Constance Bantman and Martyn Everett will share and discuss new research on one of the most influential French political figures in the second half of the 19th century plus one of the most powerful women political theorists of her day.
If you have never heard of Louise Michel before, or are merely curious about anarchism, then this is also an ideal way to get into the topic. You have two excellent speakers who really know their subject area.

This is one talk you can’t afford to miss!

Additional media.
Paul Mason discusses Louise Michel for Radio 4’s Great Lives in 2013.
The Anarchist Library has lots of reading material by or about her.

Dr Constance Bantman is Deputy Head of School, Director of Learning & Teaching, Senior Lecturer in Frenchat the University of Surrey. Her research focuses on the history of French political exiles in Britain and anarchist transnationalism between 1880 and 1914, with a focus on ideological and political transfers, experiences of political exile, the asylum question in the long nineteenth century as well as the history of terrorism. These questions were the focus of her doctoral research and 2013 monograph, ‘The French Anarchists in London (1880-1914): Exile and Transnationalism in the First Globalisation (LUP, 2013)’, as well as a number of journal publications.

Martyn Everett was a founder member of the Anarchist Research Group, which is affiliated to the History Workshop, the collective of professional and community-based researchers which has made the most sustained and substantial contribution to the writing of history ‘from below’. For 2 years he was editor of the Anarchist Research Group newsletter. He has published many articles and reviews in the academic and in the popular press.

Martyn Everett’s life and work is informed by his anarchist philosophy. He is committed to promoting change ‘from below’ by giving people free access to information which affects their communities: he is an active campaigner for community radio. For over 20 years he has worked to protect the natural environment and to preserve historic buildings and ancient monuments.

This event is unticketed and free entry.