Just a few of our favourite reads from 2021! Click the image to order online or come and browse our shelves in King’s Cross. Have a safe and peaceful end to the year x 😊

THE TRANSGENDER ISSUE by Shon Faye

“A really necessary and convincing book that turns its back on the toxic transphobia dominating the headlines and infiltrating our social movements. Shon Faye makes it clear that the real transgender issues right now intersect with many other liberation struggles, from anticapitalism to feminism to prison abolition and access to healthcare. It centers actual trans people and focuses on lived experience and material reality – should be a mandatory read for anyone who cares about social justice!”

THE RAGGED TROUSERED PHILANTHROPISTS: A Graphic Novel by the Scarlett and Sophie Rickard

“The original 1914 Robert Tressell novel is a socialist classic and this graphic novel adaptation does a brilliant job at bringing the story to life again. It’s a simple and effective illustration (literally) of the oppressive impact of capitalism on the working class, but its also a heartfelt, character-led story – perfect for anyone who likes graphic novels, is interested in British social history, or is just ready for a socialist awakening…”

THE JAKARTA METHOD: Washington’s Anticommunist Crusade and the Mass Murder Program that Shaped Our World by Vincent Bevins

“It’s so important to challenge the idea that global-capitalism has arisen through a process of natural progression – no, it has arrived at gun point, with the CIA so often the crucial actors in orchestrating the violence. The writing here is very accessible, the account told in a way that brings us close to the personalities and characters involved. This is history that desperately needs to be lifted to the status of common knowledge.“

“An excellent collection of short essays that not only consider the power of cops, but the disciplining and punishment of the UK state in a much wider variety of ways. Utterly up-to-date with new legal incursions on our freedoms covered. Essential guide to knowing the enemy.“

“An incredibly brave and humble memoir involving multiple layers of hardship and abuse, but this book is so much more than that. Above all it is a brilliant piece of writing straight from the gut, filled with some unforgettable moments of humanity in all its contradictions. Its also a searing critique of class snobbery within society and within the ‘Left’. Deserves the widest readership.“

THE CARE MANIFESTO: The Politics of Compassion by The Care Collective

“A short, well-written book that first paints a picture of why care – the giving and receiving of it – is a core human value intrinsic to our lived experience, and what a society and nation state organised around this principle could look like- if only the political will to prioritise care over commerce were present. I came away from it thinking a better world is possible!“

RED METROPOLIS: Socialism and the Government of London by Owen Hatherley

“Owen Hatherley explores the municipal achievements (and also failures) of the left in London throughout the 20th century, going against the cliché that London is a city of the elite, but rather one that has much more often been left-wing rather than conservative. He does this by placing buildings such as the Royal Festival Hall, the Alexandra Road Estate, or even Lubetkin’s radical modernist creations in Finsbury and Bethnal Green in a rich historical context, guiding us through the changes that occurred in the government of London, starting from the London County Council until the mid 60s, then the GLC, which was dissolved under Thatcher’s government in the 80s, and finally Sadiq Khan’s GLA of today.“

TIME FOR SOCIALISM: Dispatches from a World on Fire, 2016-2021 by Thomas Pikketty

“A nice collection of articles documenting Piketty’s political journey, starting from a modest advocate of redistributive policies to full on confronting the “hypercapitalism” of today, calling for a restructuring of the power relations in the economy for a more democratic, participatory future.“

“This novel is an absolute sledgehammer. It’s short, strange and poetic, and worth reading in one go if you can. The racist legacy of British colonialism seeps into every corner and it’s full of unsettling and expertly observed social interactions. Really radical and uncompromising, a book for anyone who cares about what political fiction should be..“

“For me the English countryside is a place to escape to, and having never lived in it I’ve always felt like an outsider looking in. This innovative and critical book creates an important new way of seeing how generations of colonial class war are written large on the landscape. Eye opening.“

SAY NOTHING: A True Story of Murder and Memory in Northern Ireland by Patrick Radden Keefe

“The author has a real gift for storytelling. Focusing on life during ‘the troubles’ and some of the motives, actions and people of the IRA, this non-fiction reads like a suspense thriller that is impossible to put down. Read it, even if you disagree with aspects of it afterwards. A page-turner.“ 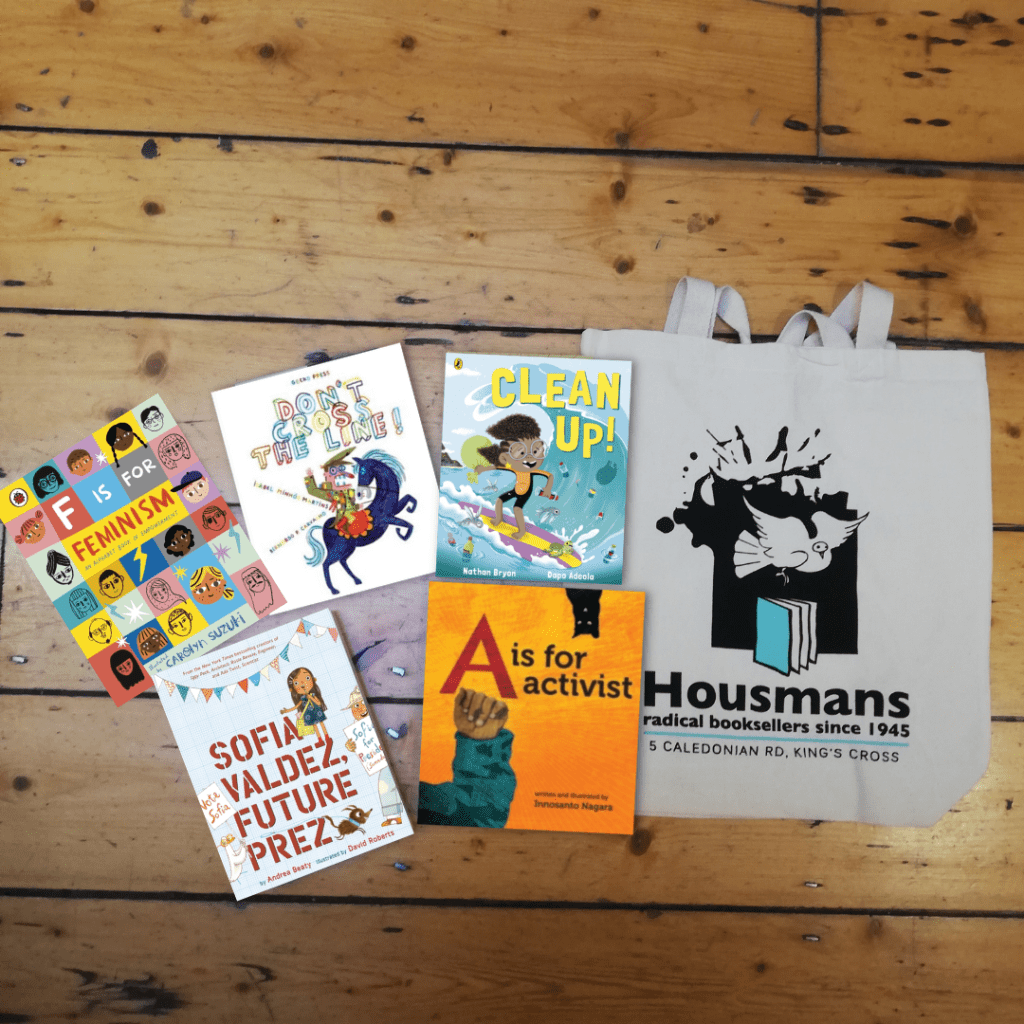 UK only. Order before the 15th December for your bundle to arrive in time for Christmas. This will make a great gift for the little one in your life. Our […] 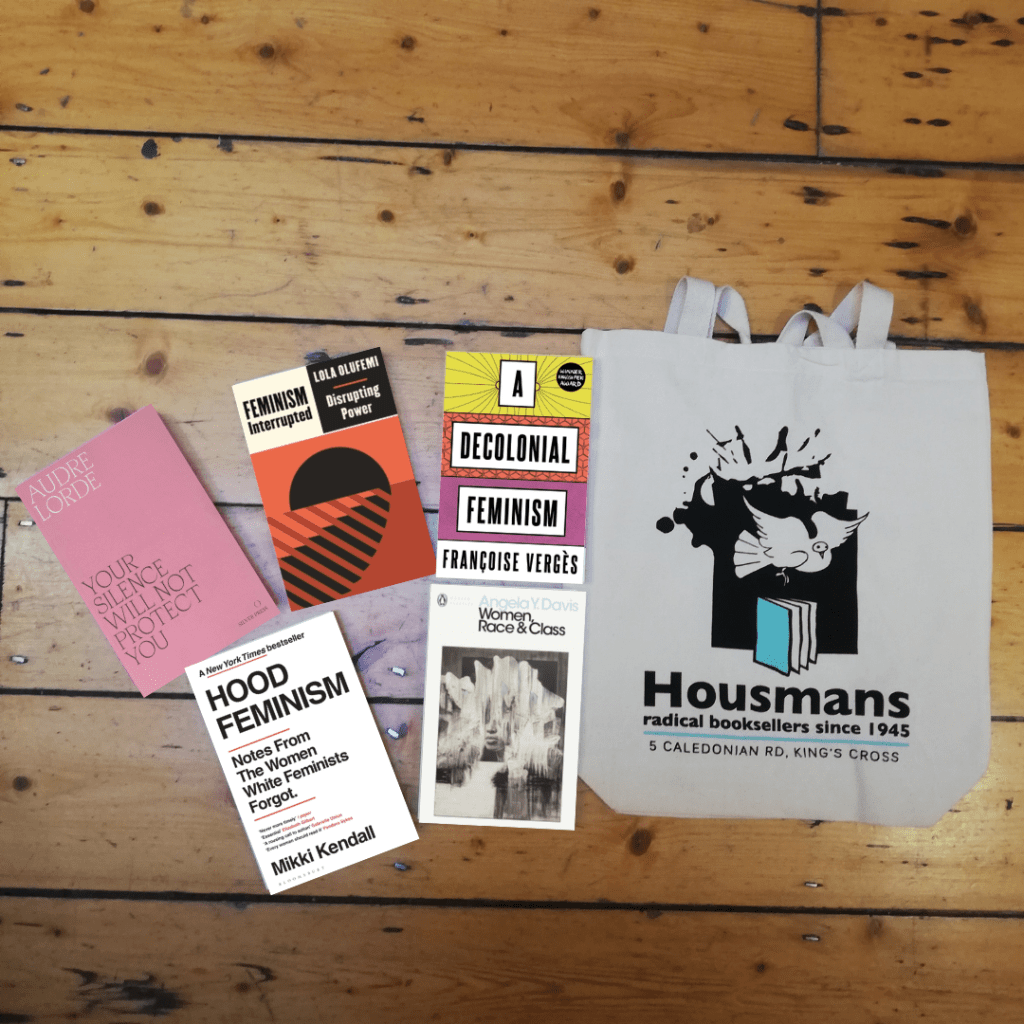 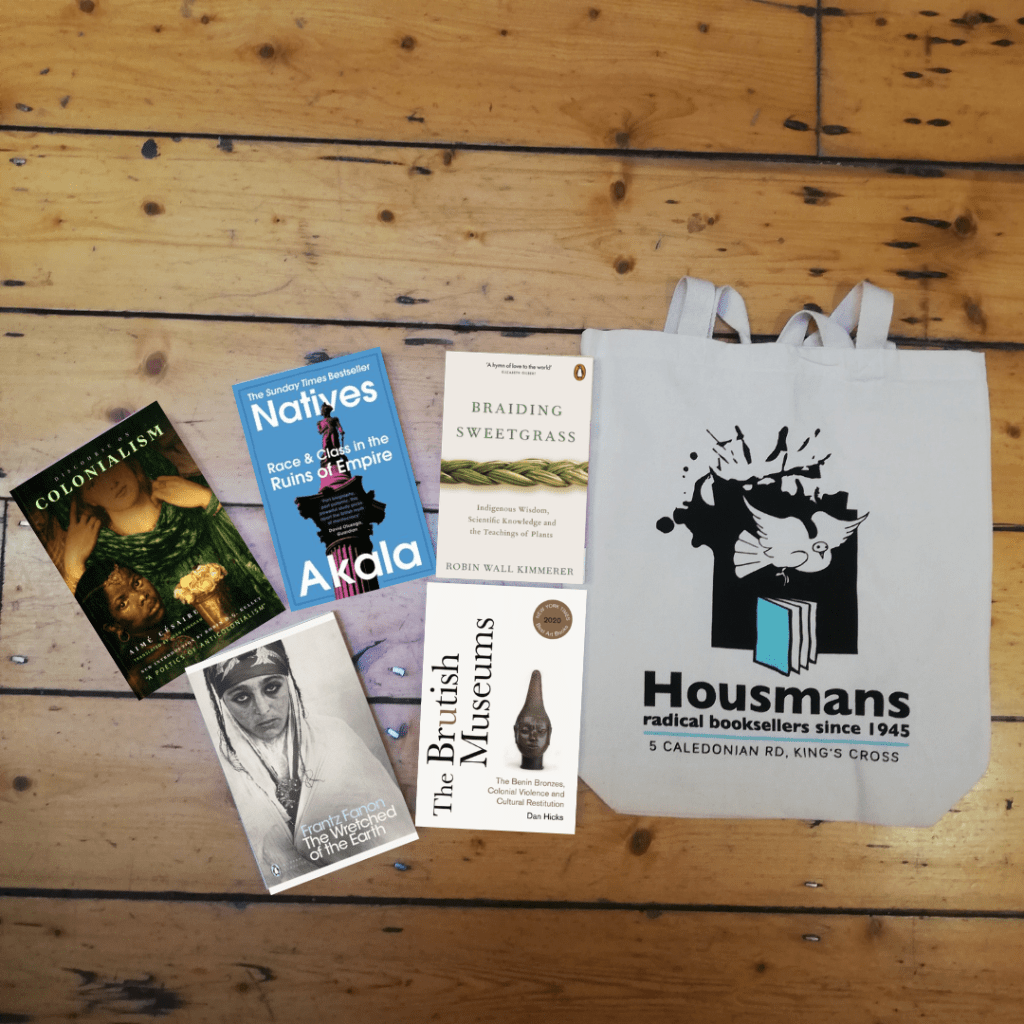 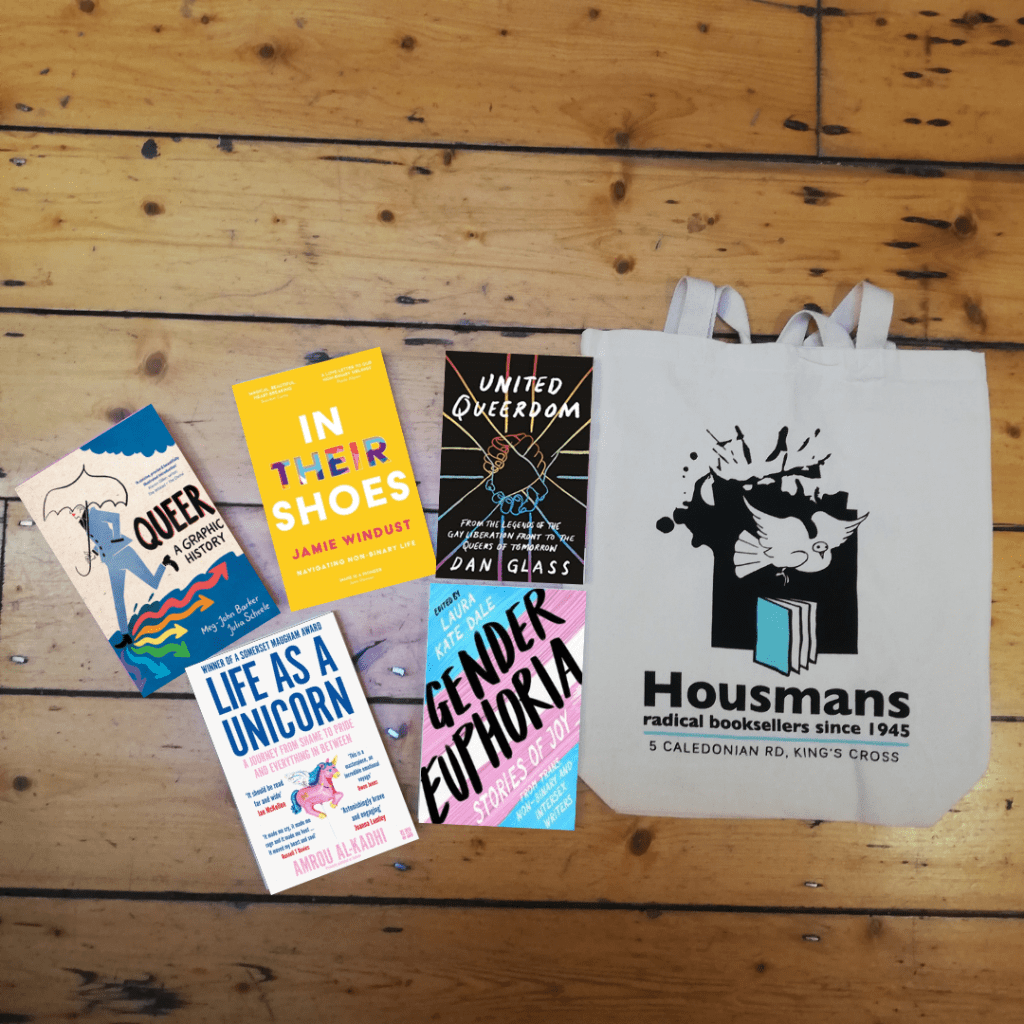 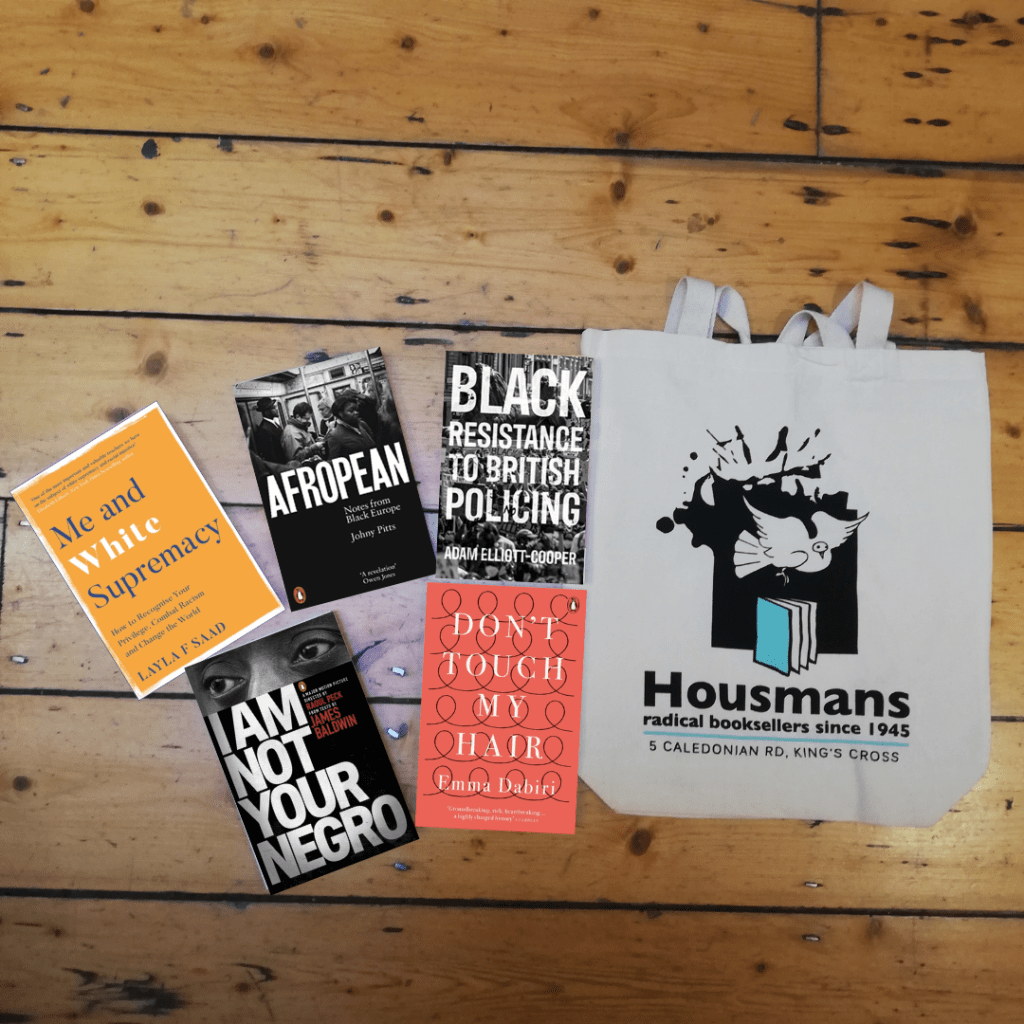 PPS! A few cards, calendars and diaries to see you through to the end of the year… 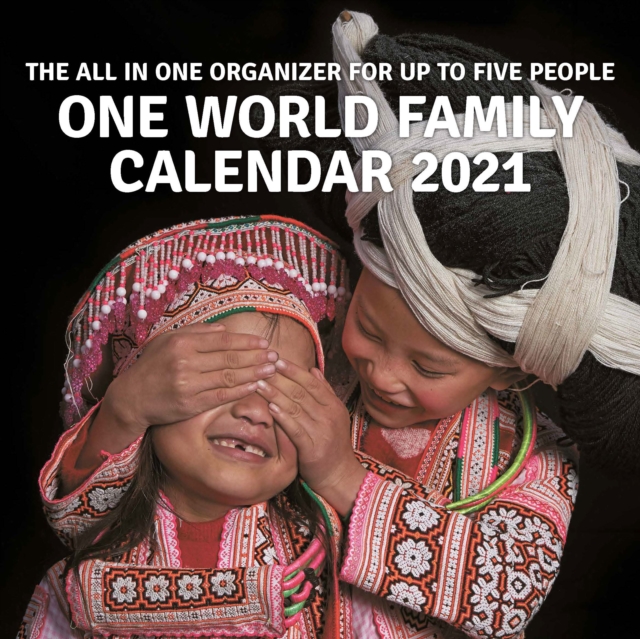 Women of the World Calendar 2022

Women of the World Calendar 2022 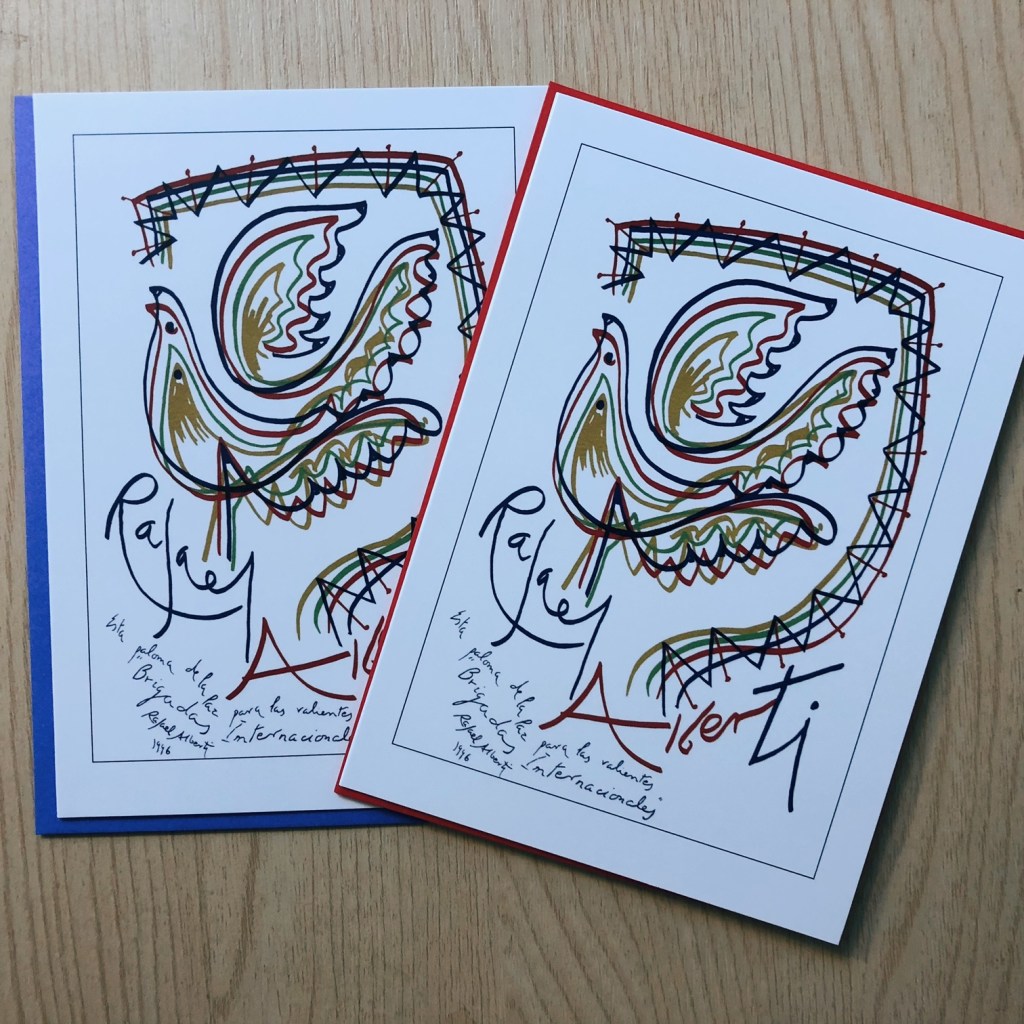 Print presented to International Bridage verterans by the Spanish poet Rafael Alberti at a reunion in Madrid in 1996, produced by Past Pixels. The dedication reads: “This dove of peace […] 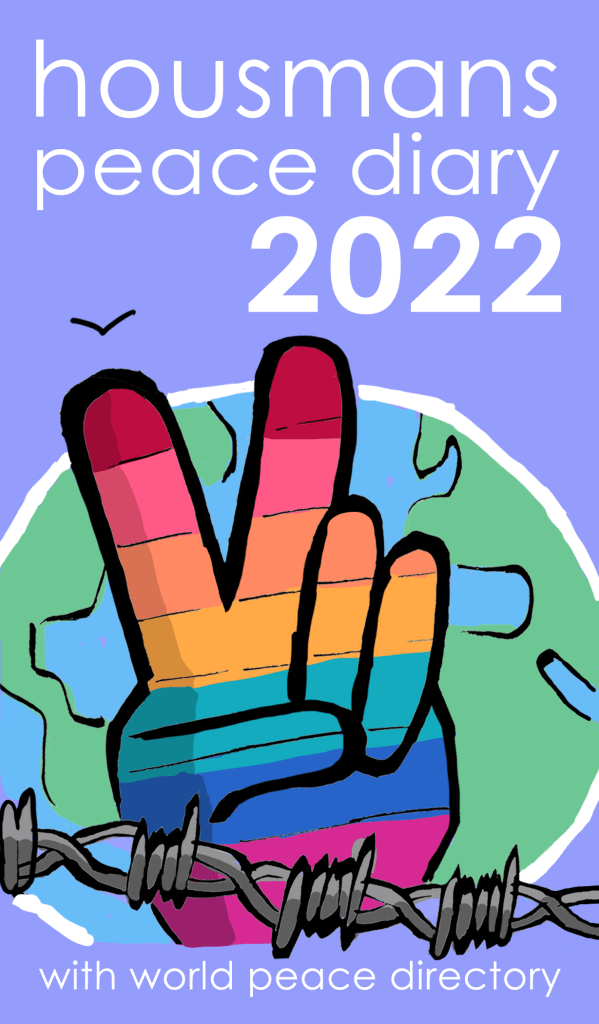 Every year we publish the world-renowned Housmans Peace Diary – this is the 69th edition. It includes a World Peace Directory listing more than 1400 national and international peace, environmental […]