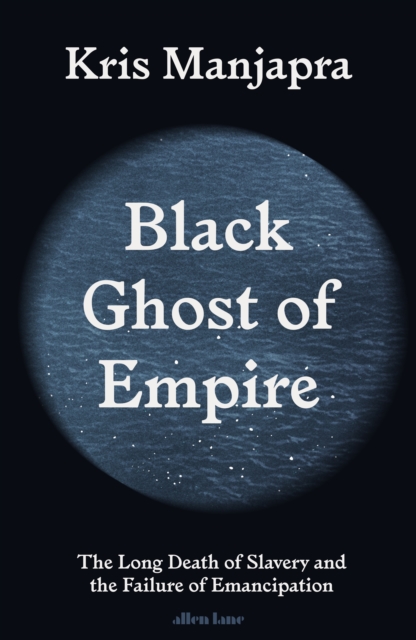 Black Ghost of Empire will rewire readers’ understanding of the world in which we live. Paradigm-shifting, lucid and courageous, this book shines a light into the enigma of slavery’s supposed death, and its afterlives.

To fully understand why the shadow of slavery haunts us today, we must confront the flawed way that it ended. We celebrate abolition – in Haiti after the revolution, in the British Empire in 1833, in the United States during the Civil War. Yet in Black Ghost of Empire, acclaimed historian Kris Manjapra argues that during each of these supposed emancipations, Black people were dispossessed by the moves that were meant to free them. Emancipation, in other words, simply codified the existing racial caste system – rather than obliterating it.

Ranging across the Americas, Europe and Africa, Manjapra unearths disturbing truths about the Age of Emancipations, 1780-1880. In Britain, reparations were given to wealthy slaveowners, not the enslaved, a vast debt that was only paid off in 2015, and the crucial role of Black abolitionists and rebellions in bringing an end to slavery has been overlooked. In Jamaica, Black people were liberated only to enter into an apprenticeship period harsher than slavery itself. In the American South, the formerly enslaved were ‘freed’ into a system of white supremacy and racial terror. Across Africa, emancipation served as an alibi for colonization. None of these emancipations involved atonement by the enslavers and their governments for wrongs committed, or reparative justice for the formerly enslaved-an omission that grassroots Black organizers and activists are rightly seeking to address today.

Kris Manjapra was born in the Caribbean of mixed African and Indian parentage. He grew up in Canada and completed his undergraduate and graduate degrees at Harvard. He is Professor of History at Tufts University, and a recipient of the Diverse magazine 2015 Emerging Scholar Award. He has held fellowships at the Berlin Institute for Advanced Study, the Radcliffe Institute for Advanced Study, and the Alexander von Humboldt Foundation. He is the author of Colonialism in Global Perspective and Age of Entanglement.